After a year and a half of my crazy life here in Colombia the time came to go home and visit my family.  To date this is the longest separation internationally I have had from my culture and my family, to say I missed them was an understatement.  Even the best of travelers eventually have to return to home territory to regroup, visit the family and re-launch.  First I had to successfully make it out of Colombia a slightly hard, almost complicated, pain in the ass.  Of course I wasn’t entirely innocent…

Overstaying a visa can be a mild to serious offense in any given country depending on the laws of that country.  Silly me I didn’t think it would be a big deal to overstay mine a couple days so that I could get a cheaper flight.  It didn’t help that the immigration folks in my city don’t know shit from shineola either.  Each time I go to immigration I feel like they use this complicated level of Spanish that I wind up only understanding in a general sense and of course most of it ends up being “official sounding” guesswork on their part.   I finally decided that the cost would be the same with less stress if I overstayed and paid.  So after a lot of misinformation and “official guesswork” I found myself in Bogota a few hours before my flight to the US going through the paperwork to pay my fine so I can get the exit stamp I need to leave.  That’s when it got a bit hit and miss.  No one told me they wouldn’t take cash….or allow me to give them the numbers of my moms credit card in the states, and of course the money that was supposed to find itself in my account didn’t show up on the day I was told it would so my debit card was useless.  Finally the girl gave me a huge pile of papers and a bank account number where my boyfriend could go and pay the fine within ten days and mail the receipt to Immigration.  They stamped my passport and I was free to go.  Lesson learned: don’t jack around with visa overstay stuff because it will wind up costing you more money and headache than it is worth.  Oh, and don’t assume people in uniforms know what they are talking about either…it will be misdirection every time like it has been for me.

My first stop once I was back in Nevada was my Dad’s lake house for 4th of July weekend.  We gathered over the classic American barbecue and spent time cruising on the pontoon boat.  I ate LOTS of watermelon, potato salad and sloppy joes!!  My dads retired neighbors kept me happy on “happy candy” (we were on the California side) while I watched Colombia play against Brazil in the World Cup (yes I wore my Colombian soccer jersey!!! How unpatriotic!).  For the first time in a long time I was reunited with all my brothers in one place as we chatted and hung out, catching up on our lives.

My visit passed way too fast, of course I spent most of it working, I did get a chance to go out and get my Latin dance fix however at Edge Nightspot in Reno.  It was a nice reunion with some of the guys I had danced with in the past, some of the dance crowd were nowhere to be seen and of course there are always new faces out making their star shine as they show off their moves.  Something I discovered about it all: people change.  I wasted a lot of breath in Colombia saying how much I missed American styles of salsa only to discover that when I returned I was not as impressed with it as I had been previously and I actually felt more comfortable doing Colombian footwork and styling.  Weird!

One of the highlights of visiting Reno for me are the monthly Full Moon Drum Circles at River School Farm.  The drum circle started at dusk and the people arrived bit by bit.  I wandered the paths and soaked up one of the most beautiful nature scenes to be found near the city.  River, garden, sunset and animals are all found at this urban farm.  Drumming is an activity for anyone with an open mind and a sense of community, many people bring their own hand drums, rattles and shakers however there are always a few available for the beginners and drum enthusiasts who don’t have their own.  I feel the heat of the fire and the chill of the evening as the rhythms start, a few people opt to dance and shuffle in a circle around the fire after the opening “OM.”  Its a time of peace, visiting with old friends, making new friends and finding your own feel for the heartbeat of nature.

For my last day in Colombia I road-tripped to San Francisco with my mom and aunt.  It has become a tradition to always make a pilgrimage to San Francisco when I am back in the states visiting and of course I had to catch my flight there (good excuse right?).  This time I was able to see a different side of the city than previously, we went to Haight & Ashbury where I ooohed and ahhhed over the hippie shops and boutique clothing stores (unfortunately it was too early and they were closed “pouty face”).  Then we cruised over to Golden Gate Park where my mom and I walked through some of the garden areas before finally making our way to the Japanese Tea Gardens which were AMAZING!!  Getting to spend most of a day out just relaxing and visiting with my mom was so special, and my aunt was so supportive and helpful for us to get around without having to worry about the parking.  Living in other countries really create an appreciation for family that sometimes we take for granted.  And now that I am about to start my own family I feel even more grateful and appreciative of my mother because at some point we stop being kids and start making adult decisions and choices.  Maybe it was just the pregnant hormones talking but it was harder saying goodbye to her this time than any other time prior.  Now back in Colombia I am starting to wonder if its time to take my fiancee Jaime and move back home for a few years…  Stay tuned! 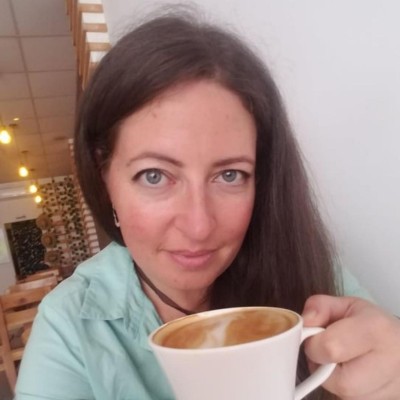 When Travelers Will Go Hungry

Learning to Dance Salsa in Colombia

American Coffee Culture and The Best Coffee in Reno, NV

Expert Roundup: What is the Best Secret to Know When Living, Working or Traveling in Colombia?